DeepWater Buoyancy On board

MSI is pleased to welcome DeepWater Buoyancy to the companies that we represent. As a signifcant user of their buoys ourselves, we are able to advise clients with in depth experience.

DeepWater Buoyancy Inc. is the world’s largest producer of subsea buoyancy products for the oceanographic community and has a vast product line of buoyancy solutions for offshore oil & gas, energy and technology companies.

Their product portfolio has been built over the course of 40 years serving these industries. Though products are offered for shallow water applications, the company specializes in deepwater, providing solutions to depths of 6000 meters and beyond.

Posted on September 3, 2019 by Stefan Stimson

In August, MSI were pleased to show off for the first time in Australia, both the Deep Trekker DTG3 and Revolution ROVs together.  Joining the team was Cody Warner from Deep Trekker on a lightning trip direct from Canada, before continuing on to NZ and Norway.

26 people “joined the Revolution” on the first day alone, from a whole range of industries, and most had hands on experience to see exactly how easy they are to fly.

And talking of flying, we also saw how robust the DTG3 is as Cody taught us his “special” launch technique.

RBR Pay It Forward and Get a 25% Discount

The RBR Pay It Forward campaign enables customers to donate good quality RBR loggers to non-profit and charitable organizations and renew their inventory of new Generation³ products. Your contribution to the Pay It Forward program helps provide reliable scientific instruments to a breadth of important community projects while offering you a discount to bring new RBR products into your equipment pool to improve your research capabilities and reduce your purchase and support costs. 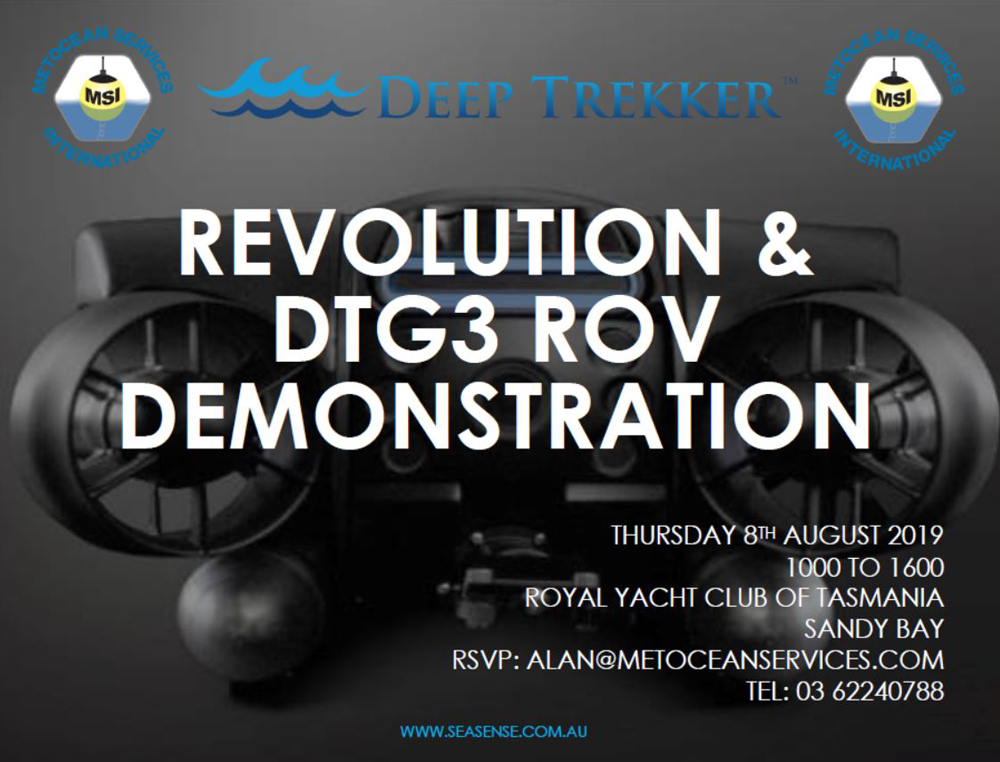 MSI and Deep Trekker will be hosting a ROV demo day on the 8th August 2019 at the Royal Yacht Club of Tasmania. With sessions running constantly from 10am to 4pm, the team from Deep Trekker and MSI will be putting the ROVs through their paces and, more importantly, will be encouraging you to have a go.

Both the DTG3 and its bigger brother, the Revolution, will be in the water – the first time in Tasmania.

More About The ROVs

Powered by BRIDGE Technology, these new ROVs take industry leading affordable ROV technology to new levels.  BRIDGE technology is comprised of custom hardware, software and integration, developed in response to a growing market demand. Utilising the latest in technology, this platform will become the base for future products, new and advanced features and third-party integrations by Deep Trekker.

Deep Trekker’s world-class are already being used around Australia and by thousands of customers globally. Their portability, reliability and cost make them an ideal tool for a range of industries including aquaculture, construction, inspections, sampling, security checks, etc.

The DTG3 ROV now has advanced power, heightened capabilities and high-end performance at a breakthrough price with the standard offering being:

The DTG3 “Expert” also comes with:-

The bigger brother of the DTG is the Revolution (formerly known as the DTX) and this has also seen a substantial upgrade. The Revolution now has 6 powerful, vectored and vertical thrusters for maneuverability unmatched in this vehicle class. The new 7″ display controller and 4K video with recording elevates the Revolution to new heights. Rated for depths of up to 305m and with speeds approaching 3.5 knots and 13 kgs of thrust with 8 hours of battery life, the Revolution is as powerful and strong as it is nimble and easy to use.

Monster 23.8m-wave is largest ever recorded in southern hemisphere 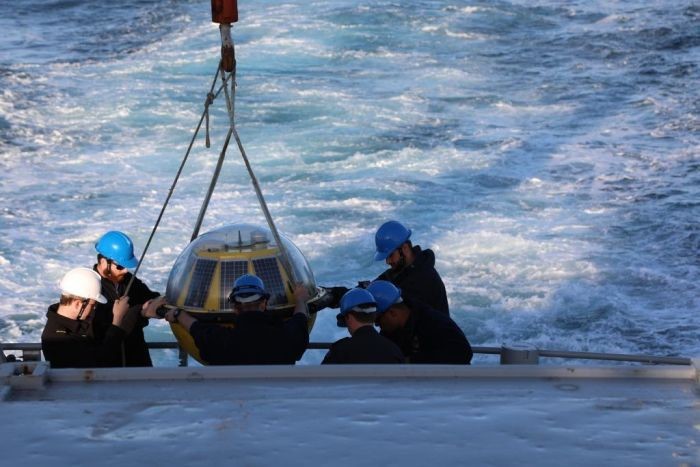 A wave-measuring buoy in the Southern Ocean has recorded a massive 23.8-metre wave, according to a New Zealand meteorology and oceanography consultancy.

“This is a very exciting event and to our knowledge it is the largest wave ever recorded in the southern hemisphere,” MetOcean Solutions senior oceanographer Dr Tom Durrant said.

The mammoth wave, which formed during a storm, dwarfed the previous record of 19.4m measured by MetOcean Solutions in May 2017, as well as a wave recorded in Australian waters in 2012 that measured 22.03m.

Because of this, Dr Durrant said it was “very probable” even larger waves could have occurred during this storm.

“It is likely that the peak heights during this storm were actually much higher, with individual waves greater than 25m being possible as the wave forecast for the storm show larger wave conditions just north of the buoy location,” Dr Durrant said.

But storms such as this do not just affect coasts in the Southern Ocean.

“The persistent and energetic wind conditions here create enormous fetch for wave growth, making the Southern Ocean the engine room for generating swell waves that then propagate throughout the planet — indeed surfers in California can expect energy from this storm to arrive at their shores in about a weeks’ time,” Dr Durrant said.

“This storm is the perfect example of waves generated by the easterly passage of a deep low-pressure system with associated wind speeds exceeding 65 knots.

“Such storms are frequent and can occur at any time of the year, which differs from the high-latitude northern hemisphere storms that only occur in winter.”

Dr Durrant said what makes this storm particularly interesting is that its speed appears to match the wave speed, which he says allows wave heights to grow dramatically.

“During this storm, the significant wave height reached 14.9m. This is also a record for the Southern Ocean, but falls short of the 19m world record buoy measurement that was recorded in the North Atlantic during 2013.”